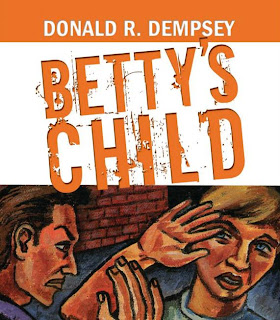 I am honored to host author Donald R. Dempsey during his WOW-Women On Writing blog tour. His memoir, Betty’s Child (Dream of Things, March 2013) is the story of one young man’s ordeals with poverty, religion, physical and mental abuse, maternal insanity, and the dire need for confidence and direction as he attempts to come of age. Here’s what three noted reviewers had to say.

“Heartrending and humorous. In scene after vivid scene, Dempsey presents his inspiring true story with accomplished style. Dempsey’s discipline as a writer lends the real-life tale the feel of a fictional page-turner.” Kirkus Reviews

”Honest and raw, yet full of humor, pathos, and no-holds-barred dialogue. Fasten your seat belt and get ready for a roller coaster ride. Highly recommended.” Dr. Alan Gettis, Ph.D., clinical psychologist and author of The Happiness Solution

”This memoir is for everyone who has ever known someone abandoned, someone unloved, someone with barriers that seem impenetrable. With wit and delicacy, Dempsey exposes wounds that we would prefer to ignore, without ever pushing the reader away with any sense of melodrama. A truly unforgettable memoir.” San Francisco Book Review

My Review
Here's my review of Betty’s Child. My rating is five out of five stars.

Donny is a runner, a record-breaking runner, and for a reason. He needs to run fast to get away from his abusive and criminal mother and the battery of her various sexual partners, his impoverished and crime-ridden home and neighborhood, and his gangster neighbors who want to lure him into their lawless lives.

From the outset it looks like Donny’s story is so bleak, so horrific that there is no way he’ll ever survive and come out whole. Yet along the way, he is lucky. Church members urge him join them in finding God, a young friend shows him what a normal home life looks like, wise old men he works for treat him like a grandson, and he doesn’t succumb to any stray bullets. Also that he is athletic, smart, and an innately good person helps.

Donald Dempsey tells the story of his early life in minute detail and with such a naturally precocious voice that he drew me in immediately. Every word of this book matters; every scene lends itself to the whole, every horrific heart-stopping event kept me turning the pages. Let it suffice to say, I had never heard about some of the things Dempsey describes, yet his writing made me believe every aspect. Even as each event went from bad to worse, he convinced me that he would obtain, through his wits, smart-ass mouth, sheer brute force, and fast running, a wholesome and normal life someday.

By the time I got to the last page, I know Donny has survived and gone on to have a normal life with a wife and family. But, now I want Dempsey to tell me how. I want to know what happened to his stepbrothers whom he cared for much of his young life. I want to know about his school years, marriage, family, and work life. And I want to know how he knew he had to write his story.

I urge you to read this book. It is inspiring for anyone who has had to bear tragic and horrendous events in their lives. Then I urge you to wait with me for a sequel.

Q & A with Donald Dempsey
And while we wait, Don was kind enough to answer some of my questions right away.

Madeline: You were abused and neglected as a child. How did you survive?
Don: I was very fortunate. When you live in an impoverished area you’re basically rolling the dice every day. Violent crime is the norm. Say the wrong thing... Happen to be in the wrong place... A stray bullet... The environment actually breeds the criminal. I like to call it the stepping over the body chalk syndrome.

Madeline: You have two younger brothers. What was it like being the oldest and trying to look out for them?
Don: I can’t really answer this question very well. My behavior was instinctive. I somehow knew my mother lacked the protective traits most mothers possess. She could, and often did, leave us wherever and with whoever was convenient. When we were old enough to rebel and no longer the hungry pliable tools she used to plead for sympathy, she was eager to be rid of us.

Madeline: Several people tried to help you…a youth minister…a coach at your school. Were they of any help?
Don: Most definitely. Certain phrases and actions of many people in my life have become ingrained parts of who I am. I consider this my greatest strength. I had very little guidance or direction. I closely studied those who had what I believed I wanted, and imitated everything about them I could.

Madeline: How did a childhood of abuse and neglect affect you as an adult?
Don: I’m very untrusting by nature, and I internalize way too much. I work way too many hours, worry and fret myself into a lather two or three times a week, prefer to tend to my own business and avoid others, and rarely sleep through the night. Other than that I’m pretty normal.

Madeline: Why did you write Betty’s Child?
Don: I had so much roiling around inside me about those years…I just wanted to let some of it out. Once I started writing, the book actually wrote itself…took on a mind of its own. But I’m glad it did, because the story in those pages is much better than the anger and chaos I released.

Madeline: Who should read Betty’s Child?
Don: Anyone looking for some perspective when dealing with pain or loss.

Madeline: Have your experiences made you a better husband or a better father?
Don: I hope so. I’ve tried so hard not to pass on any of the life I endured. My wife had to suffer through the bad tempers of my younger years, and I pushed my oldest son too much in a foolish effort to mold him into something that proved to the world what I felt I was worth. I like to think that with the passing of the years I eventually managed to become something akin to what I should’ve been if raised properly. I’m fairly good with who I am now.

Madeline: Thank you, Don, for being here today and giving us such candid answers.

Synopsis of Betty’s Child
Donny Davis is struggling to coexist with his mother, a single woman who moves from place to place, always just a step ahead of the law, scamming churches, and running bad checks. She has already been incarcerated for these self-same illegal activities, but refuses to alter her lifestyle; a lifestyle that includes bringing home men she knows little or nothing about. One of these men eventually assaults Donny. He feels trapped, as his mother makes excuses for her boyfriend's actions, but he fears more for his younger brothers than he does for himself. Scarred and sullen, Donny shamefully attends the church his mother is scamming. He stays silent, but something within him begins to rise up, and his youthful indignation swells to an outright full rebellion. As his life with his mother grows ever more fraught with peril, Donny's world begins to completely unravel. His beloved dog is taken from him. One of his younger brothers is brutally attacked. He loses the few friends he has when the family is moved by the church they attended. And then, the very pastor who has control of them begins to accuse him of his mother's sins. 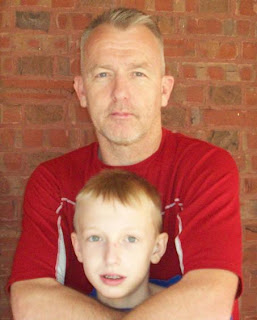 Donald Dempsey experienced childhood abuse and neglect first hand, but went on to have a fulfilling family life as an adult and to own his own business. "If you're lucky, you make it to adulthood in one piece," says Don. "But there's no guarantee the rest of your life is going to be any better. Abused kids are often plagued by fear and insecurity. They battle depression and have trouble with relationships. In the worst cases, abused children perpetuate the cycle." But Don is living proof that you can overcome a childhood of abuse and neglect. "You start by letting go of as much of the guilt (yes, abused kids feel guilty) and as many of the bad memories as possible. At the same time, you hold on to the things that helped you survive. For me, it was the belief that you can make life better by working at it and earning it. It helps to have a sense of humor, too." Find out more about the author by visiting him online:

Betty's Child website: www.BettysChild.com and Donald Dempsey Facebook: www.facebook.com/donald.dempsey.3
Book Giveaway: If you would like to enter for a chance to win a copy of Betty’s Child by Donald Dempsey, simply leave a comment at the bottom of this post. If you are reading this anywhere other than here on this blog , such as on Facebook, in an email, or on Goodreads, please go over to my blog, Choices. Only comments left here will be entered into the giveaway. The deadline for this contest is Wednesday, July 31, 2013, at noon. The winner, chosen using Random Draw, will be contacted privately via email. I will also announce the winner in a blog post here after the contest is over.
Betty's Child is available at Amazon.

Wow! This memoir sounds powerful. I'd love to read it.

This sounds like a beautiful story...thank for hosting and offering a chance to win.

Yes, this is powerful and beautiful store - and very inspiring too.
Wish you best luck in winning a copy.

You won't be disappointed when you read Betty's Child. This was definitely a touching story and my takeaway is a smile because of what a wonderful person Don has become, despite the circumstances of his troubled childhood.

Good luck with the giveaway ladies and thank you Madeline for hosting this fantastic tour!

Madeline, you've done a great job in positioning this book and making it sound compelling. Bravo Donny for your tenacious spirit that's manifested many ways. I look forward to the read.

Thanks so much, Sharon. You won't be disappointed. This is a very compelling book.

And thanks, Crystal. So glad you have organized such a wonderful tour for Don. Word about his book needs to get out.

I don't just want to read this story, I need to read it. It is a story that needs to be heard, and I am eager to listen. The book sounds fascinating and heartwarming in the end.

Don hasn't been able to write to my site for some unknown reason (no access), so he asked me to thank you all for him.
You are so right, Julia. This book is fascinating and heartwarming. I know you'll like what you read.

You are the winner of Betty's Child. Please leave me your email address and home address here, so we can send you a copy.

Thanks for commenting.
Madeline

Hi Madeline,
I'm happy to hear I won a copy of the book! Thank you. Do you have an email address I can send my info to?

I loved this book and want to see a part two of Donnys teen years!