Live radio and a rave review

I was thrilled to be interviewed by Cyrus Webb yesterday on his live blog talk show, Conversations LIVE! Radio. We discussed mental illness, suicide, and finding meaning in life after unthinkable tragedy. What I took away from that conversation is the importance of having these conversations – openly and truthfully – without pretense. That these are hard subjects is a given. But we must bring them into the light so that others will benefit. If we say the mental illness and suicide words often enough we will have a chance of erasing stigma. Only then will people begin to acknowledge their illnesses and seek help. Only in that way can we save lives. 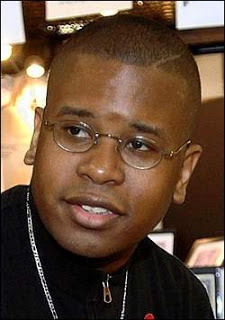 I was also most impressed that Cyrus acknowledged his failed suicide attempt almost at the start of our interview. This shows the extent of the honesty in our discussion.

Here’s the interview. Please listen. As my publisher at Dream of Things, Mike O’Mary said: “Could be the most important 20 minutes you spend today.”

And I’m very thankful that Cyrus not only took the time to read my book, Leaving the Hall Light On, he generously posted a five-star review this morning. Here’s the review in its entirety.

Madeline Sharples' LEAVING THE HALL LIGHT ON Shines A Light on What It Means to Live When Life Isn't Easy, July 3, 2013
By C. A. Webb "Conversations Book Club"

Throughout the challenges that we all face in life are the decisions we sometimes make that can literally change the course of the world for us forever. Sometimes we don't understand or even appreciate how one act can set off a chain reaction that affects everyone around us. In LEAVING THE HALL LIGHT ON Madeline Sharples allows us into her world, how she faced challenges and learned how to press on in spite of it all.

The book was born out of the death of her son Paul, but is a perfect letter of love for the world to see how not only to live in spite of challenges but how not to be defined by them. We are able to see how her son's diagnosis with bipolar disorder affected his attitude about what he could contribute to the world and even gave the illusion that maybe the world was better off without him. What we see through the book is proof of the exact opposite. Madeline shows that by losing her son it was almost as if her own life had no meaning or purpose. Ironically, though, she found where her true calling and purpose would lie: being a source of hope for others. Through this new role she could not only go on in her own life, but show others how they could do the same.

No one wants to go through challenges or difficulties. We don't welcome them, but I was able to see through this book how they help us sometimes become the person we were meant to be---if only we allow them to be true teachable moments. We can grieve, we can hurt, but we have to push forward towards the healing. If we can do that then we can become a source of strength and inspiration for others.

Delivered with passion and fueled by love LEAVING THE HALL LIGHT ON speaks to what it means to live when living isn't always easy.
Posted by madeline40 at 12:47 PM