I couldn't leave my wonderful Dream of Things publisher, Mike O'Mary, out of my guest lineup. He has brought a whole new life to my book. His ideas for promotion have been priceless. I never would have known about most of this stuff had I gone on to self-publish after my first publisher went out of business. Please welcome Mike O'Mary and take lots of notes.

Time and Commitment are Keys to Book Promotion
by Mike O'Mary, My Dream of Things Publisher

As the publisher of the trade paperback and e-book editions of Madeline Sharples’ Leaving the Hall LightOn, I’ve had the pleasure of working with someone who really “gets it” when it comes to what an author needs to do after the book is written. In fact, I’ve already told other authors about Madeline and encouraged them to follow her and learn from her example.

When Madeline first contacted me about becoming her publisher, I was intrigued. The hard cover edition of her book had good reviews, but then her publisher went out of business. I read Madeline’s memoir and was blown away by the story of her son’s bipolar disorder and suicide. But what really got me was the story of Madeline’s journey in the aftermath of the suicide.

It was obvious to me that Madeline’s memoir is a very powerful book. Still, I didn’t make a final decision about becoming Madeline’s publisher until we talked about what would be involved in promoting her book. The reality is that writing a book is only half of the journey. Once the book is published, the second leg of the trip begins—and it’s all about promoting your book. (It’s sort of like climbing a mountain. Finishing your book is like reaching the summit. It’s an exhilarating feeling. But you’re not done. You need to come down from the mountain and tell us about it!)

Unfortunately, not all writers understand the importance of the second half of the journey. They think they are done when the book is written and published, and that a good book should sell itself. That’s not the way it works though, and when Madeline and I talked, it was clear to me that she understood this and was willing to work hard to promote her book. In fact, I’ve never seen anybody work harder at it.

One of the things Madeline and I discussed early on was a list of things that I could do as her publisher, things she could do as the author, and things we could do together. Through these and other efforts, Madeline’s memoir reached the #1 ranking among memoirs by women (out of 2,800+) in Amazon’s Kindle store in September, garnered 80 reader reviews on Amazon and 45 ratings and 17 reviews on Goodreads, and sold more than 1,000 copies during September and October.

Here are some of the things we did:

Beef up the book’s Amazon page: Madeline has her book on her blog, and I have it on the Dream of Things website, but I treat the book’s Amazon page as its main presence on the Internet. That’s where most of the sales will occur, and the page can include all kinds of content, most of which can be managed through Amazon’s Author Central. We linked all of the editions (hard cover, trade paperback and e-book), added the “Search Inside” feature, expanded the book description to include blurbs from reviewers, selected categories for rankings, added the book to Shelfari.com (which is an Amazon subsidiary that feeds even more info to Amazon), etc.

Reviews: It’s a challenge to get reviews from the big name reviewers, but I believe reader reviews are just as important. Madeline has asked many people to review her book. The key here is don’t be shy. Ask friends, relatives, subject matter experts, bloggers…anybody who might be willing to post a review.
Goodreads giveaway: We gave away free copies of the book to five people drawn at random from a list of people who signed up for the drawing over three weeks. The winners agree to review the book, and many people added the book to their “to read” list. (I followed up with everybody who did not win and offered them a 33% discount on the book.)

Virtual book tour (aka “blog tour”): Madeline did a blog tour when the book first came out in hard cover, and she is doing another one now. You can pay someone to organize a blog tour for you (I believe Madeline used WOW! Women On Writing to organize a tour for the release of the hard cover edition), or you can do it yourself, as we (mostly Madeline!) have been doing this time around.

Subscribe to HARO (www.HelpaReporter.com): HARO is a free service that connects reporters with subject matter experts. A reporter puts out a call for experts on a topic, and then you can respond with a brief “pitch” that tells how you can help them. It’s great publicity if you get interviewed or featured in a story.

Events: I know Madeline has participated in a number of book reading/signing events in California, and she also traveled to Chicago for a series of three readings and a radio interview over a whirlwind weekend in September.

KDP Select: I think this is the most significant thing we’ve done so far, and I think this is a great “secret” that every author should know. I enrolled Madeline’s book in the Amazon KDP Select program. That means the e-book is available exclusively through Amazon for 90 days. In return, Amazon Prime members are able to “borrow” the book from Amazon for free (we still get paid for “borrows”), and we can give away free copies of the e-book for five of the 90 days. In early September, we did a three-day giveaway, and promoted the heck out of it via a bunch of websites and e-newsletters that cater to Kindle readers. We gave away 14,000 copies during those three days. If you’re a first-time author with a small publisher, that kind of publicity is invaluable. One week after the free giveaway ended, Madeline was ranked #1 among paid sales of memoirs by women in the Kindle store. The giveaway also helped increase the number of reader reviews.

Other things: We’ve also been seeking media interviews (very challenging without a publicist, but we had a nice interview on WGN radio in Chicago); we’re doing a little bit of advertising online (again, targeting owners of e-readers); and we’ve talked about entering Madeline’s book in a contest or two.

Bottom line: there is almost no limit to what you can do; it’s mainly a matter of time and commitment! 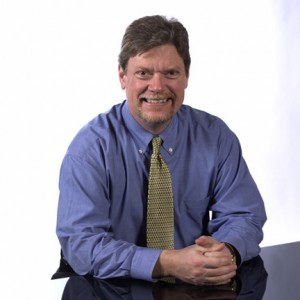 About Mike O'Mary: I am so fortunate to have found Mike O'Mary and Dream of Things. I am definitely one of the dreamers he started his publishing business for.

Mike O’Mary is founding dreamer of Dream of Things, and a writer of essays, fiction, drama, and sketch comedy. He has published stories and essays in the Sunday magazines of the Chicago Tribune, Denver Post, Rocky Mountain News, Baltimore Sun, Cleveland Plain Dealer and Detroit Free Press, and in the Catholic Digest. He was a regular commentator on WNIJ – Northern Illinois Public Radio, doing weekly commentaries as part of the local segment of National Public Radio’s Morning Edition program. He has also written and produced sketch comedy in Chicago, and he is a regular contributor to Freelance-Zone. Mike has a BA in Economics and English-Writing from Knox College and a MFA in creative writing from the University of Montana. He also attended the Second City Comedy Writing Program.

“I started Dream of Things because I wanted to find ways for us to work together more often. I also hope to make a lot of new friends and to work with many of them. Dream of Things is a place where other “dreamers” can share their ideas and stories and have fun in the process.”

Dear Mike and Madeline, I remember when Madeline put out the call for a publisher when her publisher went out of business. What a scary challenge to have to face, I thought. Now look at you. You are modeling what , in my opinion , is the perfect author- publisher relationship, clearly a win-win partnership for you both. This is such a valuable post for anyone seeking mainstream publication.

Thank you, Mike for this practical and detailed guide. And thank you, Madeline for showing us the way. You are unstoppable:-)

Thanks, Kathleen. It's so good to have you in my life. xo