Magical Thinking – Does It Make Sense?

On May 10 the Journeys Through Grief newsletters published my article about magical thinking in the bereaved parent issue. I thought I'd reprint it here for those of you who might have missed it. Peggy Sweeney does a fantastic job of reaching out to those who grieve, and I'd like to get the word out any way I can. Here's the link to my article on the site and the Journeys Through Grief home page.


Here is my article:


Magical thinking is an ancient idea that if a person hopes for something enough or performs the right actions, an event can be averted or turned around. Though this kind of thinking made no sense to me, I couldn’t stop doing it in the first months and years after my son’s suicide death. I didn’t want to believe that my son was really gone – I didn’t want to believe that it was true, that I would never see him, talk to him, or hold him again. Magical thinking was my way of hiding that reality from myself. 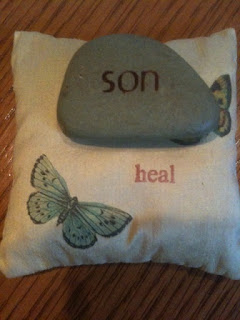 Joan Didion in her book The Year of Magical Thinking described her own magical thinking, particularly how she wouldn’t give away her husband John Gregory Dunne's shoes after his sudden death of a heart attack because he would need them when he returned. And ever since Etan Patz went missing thirty-three years ago in the Soho district of New York City, his parents have never moved nor changed their phone number in hopes he might return or call. Perhaps this is because there has never been closure – Etan’s body has not been found and no one has been convicted of his killing. However it seems more like magical thinking to me.

I wrote about my magical thinking in my memoir. Even the title, Leaving the Hall Light On, refers to it. Our story was different for the Patz story because our son was declared dead by a coroner who examined his body, and we buried his ashes. But even though many of our friends and family encouraged us to move because his suicide took place in our home, I didn’t want to move or change our phone number for fear Paul wouldn’t know how to make his way back. I wanted him to know we were still here waiting for him.

For a long time I waited for that familiar sound of his Volvo coming into the garage, the sound of the door from the garage slamming as he entered the house and went down the hall to his room, the sound of him walking around the house at night, the sound of the door opening and closing as he went in and out of the house. In fact, for a while I thought I heard those sounds. And for a long time I left most of the things in his room and closet alone for fear of removing his presence there, refusing to give away his things like Didion, in case he would need them.

Leaving the hall light on became another one of the things that helped me get through it. We left the hall light on for him when he was home, so I just couldn’t break that routine. However, my husband Bob and I had a push-me, pull-you interaction about it. Bob always had a habit of turning off all the lights before he went to bed. Since he usually went to bed after me, I would wait until he got into bed. Then I’d get up and turn on the hall light again. Sometimes we’d go back and forth on this several times in one night. If he forgot his glass of water he’d get up and turn the light off again. If he needed a certain vitamin from the kitchen cabinet, he’d get up, go into the kitchen to get what he needed, and then go down and turn the light off again on his way back to bed. And, if I fell asleep before him, I’d wake in the middle of the night and go back down to turn the light on once more.

Once in a while I’d ask him to leave it on. If he asked why, I’d give him the lame excuse that I needed a light on to guide me through the house when I left to go to the gym in the early morning dark. Sometimes he’d buy that. Most of the time he’d forget and turn off the light.

However only in the last two or three years, leaving the hall light on has become less and less important. That meant I was healing. It also meant that I had faced the reality that magical thinking and leaving the hall light on would not bring him back, so my magical thinking phase of my grieving process was over. We have also given away most of his things. However, we still haven’t moved and changed our telephone number in the twelve years since our son’s death – and we don’t intend to.

For me, the whole Magical Thinking journey was definitely part of a coping/self preservation process. It undoubtedly was for all intents and purposes a form of denial - and yet sometimes we cannot cope with all of the consequences of 'reality' at the one time. I'm not sure how common it is - however, I also experienced the great anguish associated with the thoughts that - if I had been a better brother; lived a better life; etc - then maybe the accident would never have occurred. Although it was a delusion - the Magical Thinking was much easier to live with. Shock and grief and devastation can cause us to experience emotions we had never imagined were possible. In some ways, the journey never ends. Best wishes. Jeff.

You're absolutely right, Jeff. It is a way of self preservation. I just couldn't get my arms around the reality of my son's death. Magical thinking, though totally non-sensical - is a balm. It's amazing how our minds work.
Take care and thanks for being on the journey with me.