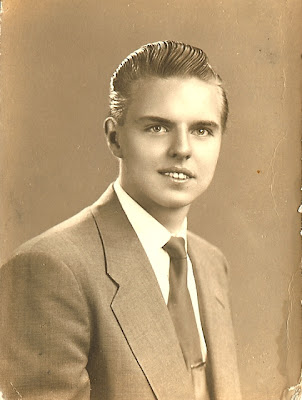 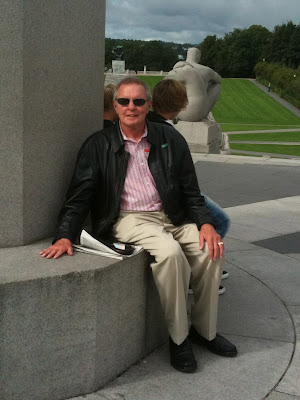 Bob at Vigeland Park, Oslo, August 2011
So, why on Bob's 75th birthday, do I feel so old? Maybe it has to do with the library of memories from all the years we've been together that I carry around with me.
The first thing that attracted me to Bob happened way back in 1963. I had just started working at TRW (precursor to Northrop Grumman) in a writing and editing group that helped engineers with their reports and proposals. One day I was sitting in my little half-walled cubby hole that didn’t have any doors and heard someone speaking to the woman who sat in the cubby hole next to mine. I found the voice very distinctive and articulate. Plus, the man speaking never shut up – why am I not surprised? I had never heard this voice before so I had to get up and go out into the common area and take a peek at who was speaking. That’s how I got my first glimpse of a tall thin man with blond hair cut in a buzz and blue eyes pretty much hidden behind black-rimmed glasses. That was it. I didn’t see him again for another three years, and the rest is history. 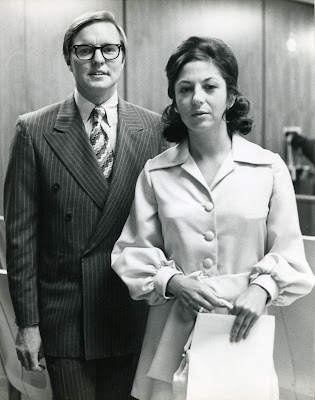 I didn’t write a birthday poem for him this year. Here’s the one I wrote for his 65th.
A 65th Birthday Poem for Bob
It seems like yesterday that we first fell in love
You were focused, driven, so sure of yourself
In your crisp white shirts, wild ties
And well-worn brown or black shoes
The only shoes you owned.
Your straw blonde hair was neatly buzzed
Your passionate blue eyes
Well hidden behind black rimmed glasses.
You don’t look a lot different from those days
Over thirty-five years ago
Except for a few lines in your face,
And a waist that has grown an inch or two.
You still even have the buzz.
You are a true Renaissance man.
Though your forte is science and mathematics,
You can recite a Shakespearean sonnet at the drop of a hat,
Quote Goethe’s couplets to a room filled with a hundred engineers.
Play guitar while belting out
Honky Tonk Woman or The House of the Rising Sun.
And spend your leisure time at
Racket ball, golf, Sea Haven Towers, Ultra Yatzee, solitaire
And your daily and two Sunday crossword puzzles.
Nothing happens in the morning until the crossword is done.
Those who know you will admit
You can be a tad impatient
Especially behind the wheel.
You would rather drive through a maze of side streets
Than wait for a traffic light.
Every chance you get you wield your lead foot
Like a weapon of mass destruction.
Ignoring my protests and cries of whiplash.
You’ll just speed on,
Pointing out other lawbreakers along the way.
You were a hard guy to reel in
But, once I did you were truly committed
To me, your sons and even your mother-in-law.
You fell in love with our boys from birth
Never shying away from changing a diaper
I can still picture you carrying them around on your back
Telling them in your teacherly way about the world around them
Or going on and on at the dinner table about one subject or another
Until they had to escape squealing, “He’s lecturing again.”
And before you want to escape from this little lecture
One last thought:
Throughout the bumpy E ride of our years together
You have been my rock, my anchor, my strength
You’ve worked hard for your 65 years.
So, I raise my glass to you, my love
And, wish you many, many more happy birthdays
Good health and a lot more fun in the years to come.
I love you.
Posted by madeline40 at 12:57 PM

This is a beautiful poem, Madeline. Happy birthday to Bob! I hope 2012 is a wonderful year for you both.