My writer’s life – lots of action these days

Here’s a little run-down of what’s been happening in my life as a writer in the last few weeks.
My second piece for Naturally Savvy went live this week,  http://www.naturallysavvy.com/inspiration-and-motivation/fitness-over-60-and-counting,
an interview about a woman I’ve known for lots of years, Becky Neumann. I wanted to profile her because as an over sixty personal trainer and fitness instructor, she’s so fit and so inspiring to people over sixty and way beyond. 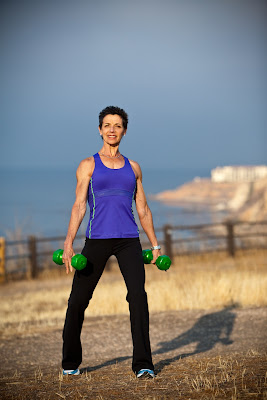 Becky - Sixty-three and Counting
I was asked and so I wrote another column for Huffington Post’s subvertical, Aging Gracefully, but I haven’t heard back yet from my contact there. My last piece for Huffington Post was for the That’s Fit subvertical – that turned out to be quite well received. So even though I’m a little nervous about not hearing I’ll be positive based on the response I got about the That’s Fit piece I did for them. I’d very much like to keep up my relationship with Huff Post.
And as a result of my WOW – Women on Writing blog tour I connected with Chynna T. Laird, another writer and advocate for erasing the stigma of mental illness. My review of her book about her abusive and bipolar mother went live on 100 Memoirs a couple of weeks ago.
http://100memoirs.com/2011/08/11/white-elephant-a-memoir-about-surviving-a-mothers-bipolar-illness-and-alcoholism/
I also am in the middle of piece about writing through grief that will go live on the National Association of Women’s Memoirs blog on September 7, the day before my friend Eleanor and I participate in a NAMW roundtable on the same subject. Eleanor got the NAMW gig for me, and I very much look forward to it.
Another event coming up is a suicide survivors meeting in Queensland Australia in October. I’ve been asked to speak there. I very much want to do it, but the cost of going may be prohibitive. Plus it’s a many, many hour plane trip. I still have to make a final decision on that.
I’ve been much more active on Twitter and LinkedIn in the last several months as well, plus I joined the Book Buzz service – and organization that helps authors in getting the word out. But, doing my daily updates on Facebook, Twitter and LinkedIn could become a full-time job and I’d never have time to write.
And I can’t leave out a little report about what I know about book sales. While I was at Esalen I sold eight books in the Esalen bookstore and Amazon sales seems to be going very well – at least this week. The rank there seems to continually fluctuate, but over this week and last it’s going better quite consistently. And I think I have Jessica Bell to thank for that. She posted a five-star review of my book at Amazon, Goodreads, and on her blog, The Alliterative Allomorph, and sales seems to have improved ever since.
http://www.thealliterativeallomorph.blogspot.com
Thank you Jessica.
Besides Jessica’s review I now have twelve wonderful reviews up on Amazon about my book. I’m just so stoked.
http://www.amazon.com/Leaving-Hall-Light-Madeline-Sharples/product-reviews/0984631720/ref=cm_cr_dp_synop?ie=UTF8&showViewpoints=0&sortBy=bySubmissionDateDescending#R286I2PUM2NMAX
Another thing is in the offing besides my once a month piece for Naturally Savvy. I’m already on the calendar to be a book club guest in February. I’ve been told book clubs are the best way to get the word out.
So the writing life seems to be working out. Not any big bucks from book sales yet, but that’s definitely not the point. I’m getting the word out about mental illness and suicide, and I’m making a ton of virtual friends along the way.
Posted by madeline40 at 8:22 AM

Wow! look at you! I love that you're constantly so active with writing in so many different places. Congrats with being asked to speak in Aust! You should so go. Gorgeous country. And I'm not just sayin' that because it's my home. Thanks for the mention,btw :o) xoxo

Thanks Jessica. Unfortunately, I had to say no to the Australia opportunity. The finances and timing just don't work out. But I'm open to another time and they are too. So I'm sure I'll get to Australia eventually.
xoxoxo