Sightseeing in my home town

Our niece from Denver has been visiting and we've been doing a bit of sightseeing. We're not nearly finished but today is a day of work and rest and maybe a long walk on the beach later this afternoon. Since she arrived we went to the Los Angeles Zoo on Monday - it was only 100 degrees there - and we especially loved the giant tortoises. I didn't know they can weigh up to 550 pounds and live as long as 150 years. 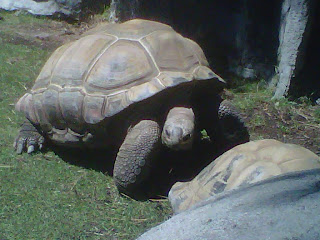 On Tuesday we took the VIP tour at Warner Brothers Studios. In all the years I've lived in the Los Angeles area, this was my first time there, and I loved the tour. We joined a group of twelve on an open tram, but stopped at many studio locations such as: the jungle where lots of battles have been fought, the Ellen DeGeneres set, the old Friends set in the Property building (we ran into an old friend who has worked there for years), The Mentalist set, a museum of costumes and artifacts from old films and lots of Harry Potter memorabilia, and a museum of automobiles. Our tour guide's admonition was don't touch any walls because they are not really walls. 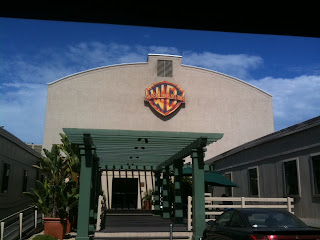 Yesterday we spent ten hours at Magic Mountain out in Valencia. Our niece loved the rides and thankfully our daughter-in-law willingly and happily joined her on every one -- the higher and scarier the better. I sat the rides out enjoying lots of conversation with my son Ben - who is just as chicken about high fast rides as I am. I even got a little flirting from the cute masked man on stilts. Ben and I enjoyed a five-minute aqua massage while we were waiting. Magic Mountain definitely has something for everyone. 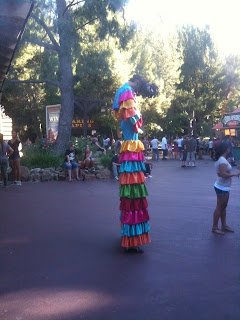 The Masked Stilt-man Sure Loves to Flirt (those are feathers on his head)
Posted by madeline40 at 11:53 AM