Today would have been my brother’s 74th birthday.  I’ve told so many people lately about how close siblings are and that a loss of a sibling – the people we grow up with – is one of the hardest of all. I won’t say it was as hard as Paul’s death on me, but it certainly came close.
I still get so angry thinking that he paid good money to make himself sick from cigarettes. Even though he was cured of lung cancer, his last years as he slowly faded away from radiation damage - the treatment
that cured him - were like a nightmare for all of us. 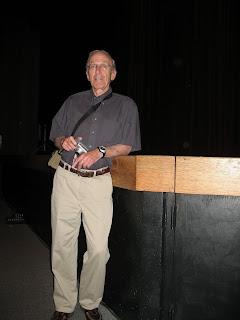 He made me walk across the street
away from him and his friends
to avoid me, his little sister,
on our way to school.
He’d rub my arm until it burned
whenever he could take hold,
and flicked me with a dish towel
when it was his turn
to dry the dishes.
He called me fatso,
He called me Madeldini
He shut the door
of his room in my face.
Growing up, my mother’s mantra,
“He teases her and she screams,”
echoed throughout our house.
I only retaliated once.
I threw a pair of scissors at him
that landed just under his eye.
It hurt me more than it hurt him.
Instead I wanted to copy him
to get the same grades, to see the same movies,
to read the same books, to go to all the Cubs games.
I was happy tagging along even if it meant
being two steps behind.
Now he’s so thin his shirts fall off his shoulders.
The lines around his mouth are deep and black
like the strokes of a charcoal stick.
His white hair combed flat
barely covers his skull.
His voice is raspy and weak
like my father’s in his last days,
and he has to suck regularly
from his oxygen supply.
The only walk he takes these days
is around the block.
Not trying to hurry his dog as she sniffs along the way
he takes short steps and short breaths
until he’s back inside.
In his chair in the sun room,
he reads, he snoozes,
he watches his grandchildren play
breathing more easily with a hit or two
from his oxygen tank,
his new-best friend.
He looks out to the yard
while the birds flit from one feeder
to the other
and sing their songs.
Posted by madeline40 at 2:12 PM