My guest today is Chynna Laird 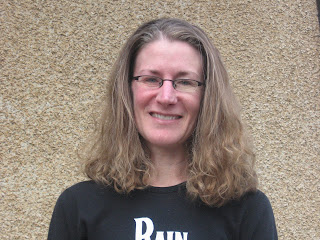 Chynna was so gracious to host me during my WOW - Women on Writing blog tour last month, and as a result we realized we are both working toward the same goal - erasing the stigma of mental illness by communicating and educating people about what mental illness is and how it affects individuals stricken by it and their families. I'm so pleased to have met Chynna. I feel as if we are soul mates - certainly we are both survivors.
Chynna' mother had a severe mental disorder, resulting in a very difficult and abusive childhood, but in the end Chynna survived. Hers is truly a survival story. I am so pleased she has agreed to tell a bit of it here on my blog, Choices.
Defining Ourselves
by Chynna Laird
Earlier this month, I had the phenomenal opportunity to meet with the Director of a local charity that helps children who have been abused and/or victimized. I was so excited about this meeting because the Director and I have been in contact for years after I’d interviewed her for an article about the incredible work she and her team has done. Our initial conversation back then is actually what inspired me to finish my memoir, White Elephants. And our recent meeting was the first time we’d met face-to-face.
Being able to finally meet her, and getting to tour the Center, was both an emotional as well as uplifting experience for me. As a survivor of child abuse knowing there are places like this now for these kids is incredibly meaningful. The most profound part of our visit was when she said, “These children go through some of the most horrific things and it’s our job to make them feel safe again. Here, we merely give them the tools, resources and strength to go from this point on so they can define themselves—not by what’s happened to them but by who they are and what they can do.” I took her pearls of wisdom with me when our meeting ended and spent the next couple of weeks absorbing the whole experience.
You see, White Elephants is my survival story. It sets out my life being raised by a mother who lived with severe mental health issues who never got properly assessed, diagnosed or treated for those issues. Instead, she chose maladaptive ways of coping with her symptoms resulting in my brother and I living every day in fear, chaos and confusion. Not understanding what was happening, we held on as tightly as we could during the manic cycles then plummeted with her through the depression cycles, dealing as best we could with the explosions that boomed along the way. And not one person stepped in to help us—not even when they knew what was going on. But you know what? I never let myself be a statistic.
Was I angry at those people for not stepping in? Yes. Was I bitter? Yes, for awhile. But instead of giving in to those negative emotions, I used them as fuel to keep going, becoming the opposite of the stereotypes society holds of abuse survivors: No, we don’t all grow up being abusers ourselves; No, we don’t all become substance abusers and wallow in self-pity; and, most importantly, we don’t allow the shame of what happened to us to take over, defining who we’ll become. I was, and am, a survivor. To me that has always meant that, like other survivors, I went through tremendous trauma but found a more positive path to keep moving forward on. We don’t make it through these experiences unscathed because there will be scars to remind us. Survivors, though, use those scars as a source of strength to show society, “We will be okay with the love and support of others.”
And that’s why the visit at the charity was such an amazing experience for both the Director and for me. I guess you could say that White Elephants shows others what happens when support for these children is lacking while the Center’s mandate shows what can happen when it’s in place. In the end, we both have the same underlying message: We cannot allow traumatic experiences, or other people, to define who we are. We need to take those experiences and find a way to make them a source of strength so we can define ourselves.
I sure wish the Center had been there for my brother and I so many years ago. But we’ve found each other now. Hopefully together we can help teach others the importance of defining ourselves. 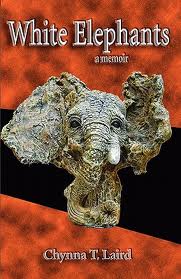 Chynna describes herself as a mom to four bubs, a writer/author and a psychology major. She is passionate about helping children and families with special needs, especially those living with Sensory Processing Disorder (SPD) and bipolar disorder. Inspired by her own daughter, Jaimie, and her son Xander who live with SPD and ASD (and her mother and grandmother who lived with bipolar disorder), she does what she can to raise awareness for them and children like them around the world.
Chynna T. Laird
LILY WOLF WORDS
www.lilywolfwords.ca
www.the-gift-blog.com
www.seethewhiteelephants.com
Author of award-winning book, "I'm Not Weird, I Have SPD"
Author of multi award-winning book, "Not Just Spirited: One Mom's Sensational Journey With Sensory Processing Disorder (SPD)"
Author of "White Elephants" http://eaglewingspress.com/whele.html
Author of 'Blackbird Flies" (Now available on all online eBookstores)
Author of 'The Gift' (coming soon!)
SPD Contributor with Our Journey Thru Autism
Contributing Writer for the SPD Foundation Blog
Contributing Writer for WOW-womeonwriting.com
Contributing Writer for Parenting Special Needs Magazine
Contributing Writer for Amaze Magazine
Posted by madeline40 at 6:06 AM

Madeline, thank you so much for having me on your blog. It truly was an honor.

My pleasure, Chynna. I'm almost finished with your book. I'll have a review of it shortly. It is such a heartbreaking story.

I'm so glad you are enjoying it. I guess 'enjoy' is the wrong word considering the content but I so appreciate you taking the time to read it. The more books we have like this (and YOURS) the more people will understand these situations better.

You are doing amazing things. Thank you.