Ten ways to reinvent yourself after sixty

I am Naturally Savvy’s Over Sixty Expert, contributing about an article a month at the website. This piece was originally published on March 31, 2013. Please go there to read more of my articles on topics relevant to women over sixty. I love exploring ways for us to keep moving, keep working, keep creating, keep experiencing life to the fullest no matter how old we are.

I first heard of the term reinvention when I entered “More” magazine’s February 2010 Reinvention story contest. My story about how I returned to work outside my home and began to write regularly after the suicide death of my son came in eleventh in the number of votes received out of over 500 entries. With that, the term reinvention became part of my vocabulary. I write about it frequently.

Nora Ephron said it’s good for women to reinvent themselves every ten years. She also said reinvention seems easier for women than for men. And I agree. In fact, seven years after I went back to work full time, I retired and reinvented myself again. I now have a wonderful career as a poet, author, and web journalist – finally doing the work I aspired to do way back in high school and college. 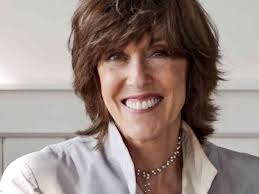 Nora Ephron, one of my heroes
who left us much too early

Other ways we can reinvent ourselves – some experienced myself; some by people I know.