I was enthralled at an exhibit of Madeleine Albright’s brooch collection at the Bowers Museum in Santa Ana, California. Even though I had to wait in line for twenty minutes to get in the door and even though people were pushing against each other as they viewed the over 200 pins in the show, it was well worth it. If you live in the Los Angeles area, go on over. The show ends on January 13. 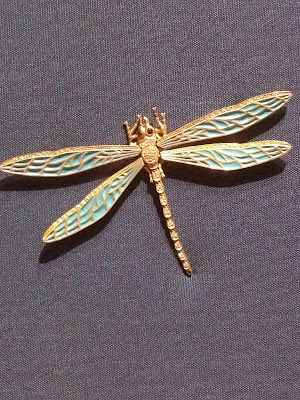 One of many dragonfly pins

Albright wielded her pins with expertise. People got what message she wanted to convey by the pins perched on her lapel or shoulder.

Her book, Read My Pins, also has wonderful photographs of her collection and the history behind most of pins in it. I bought a copy. It’s a great coffee table book. Here’s what the Amazon book description says:

Before long, and without intending it, I found that jewelry had become part of my personal diplomatic arsenal. Former president George H. W. Bush had been known for saying "Read my lips." I began urging colleagues and reporters to "Read my pins."

It would never have happened if not for Saddam Hussein. When U.S. ambassador to the United Nations Madeleine Albright criticized the dictator, his poet in residence responded by calling her "an unparalleled serpent." Shortly thereafter, while preparing to meet with Iraqi officials, Albright pondered: What to wear? She decided to make a diplomatic statement by choosing a snake pin. Although her method of communication was new, her message was as old as the American Revolution—Don't Tread on Me. 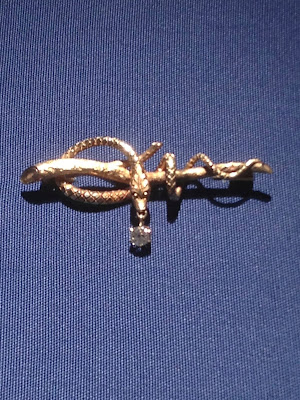 From that day forward, pins became part of Albright's diplomatic signature. International leaders were pleased to see her with a shimmering sun on her jacket or a cheerful ladybug; less so with a crab or a menacing wasp. Albright used pins to emphasize the importance of a negotiation, signify high hopes, protest the absence of progress, and show pride in representing America, among other purposes. 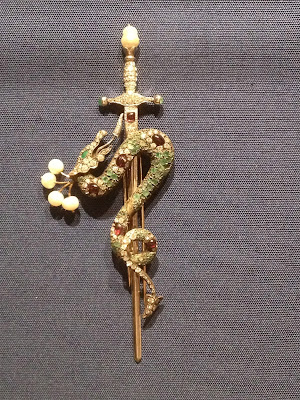 One of my favorites

Part illustrated memoir, part social history, Read My Pins provides an intimate look at Albright's life through the brooches she wore. Her collection is both international and democratic—dime-store pins share pride of place with designer creations and family heirlooms. Included are the antique eagle purchased to celebrate Albright's appointment as secretary of state, the zebra pin she wore when meeting Nelson Mandela, and the Valentine's Day heart forged by Albright's five-year-old daughter. 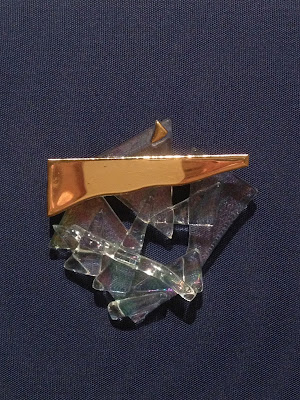 She broke the glass ceiling at the State Department

Read My Pins features more than 200 photographs, along with compelling and often humorous stories about jewelry, global politics, and the life of one of America's most accomplished and fascinating diplomats. 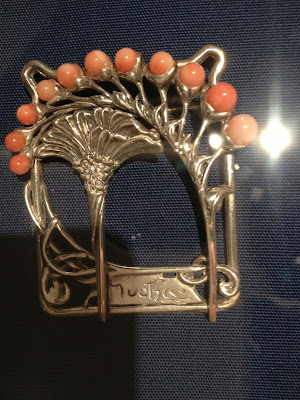 By one of my favorite art deco designers, Mucha

(all photos taken with my cell phone)