Here's what's been going on


As soon as I finished my four-week consulting job, I had to get ready for my husband’s hip replacement surgery. That is get my head in gear for the stress of waiting for results, the driving back and forth to the hospital, and then caring for him once he got home. 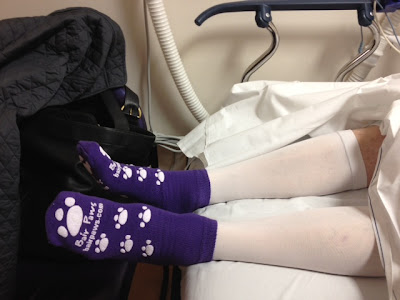 Legs and feet all ready for surgery

We’re at the third stage now. The surgery went very well – it only lasted one hour – and he was released from the hospital after a two-night stay. I not only brought him home, I also brought a cold and compression machine to aid in his healing process. Plus we are proud owners of a brand-new walker.

The first day he was feeling pretty puny, but once he started to take his prescription strength ibuprofen, he was back to his feisty self. So feisty that he abandoned his walker sometime during his first night  home – while I was sleeping – and began hobbling around on his own two feet. Needless to say I had to insist on the walker the next morning. It enables him to  walk straight and tall at a regular clip, and I don’t have to fear he’ll fall and either ruin his new hip or break something else. Well, he behaves during the day, but still exerts his independence when he’s up during the night. This morning I called him a brat.

So I must change the subject.

Our niece and nephew sent us these darling photos of their children (our greats) to cheer us up. I can’t believe how grownup Anna looks. Those long legs are to die for. And Ian is very proud to have lost his first tooth. 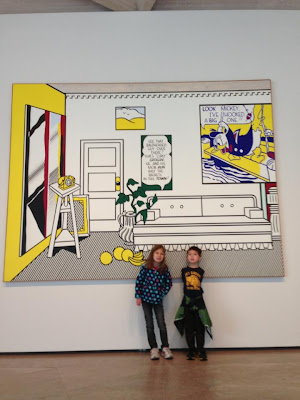 At the Lichtenstein exhibit 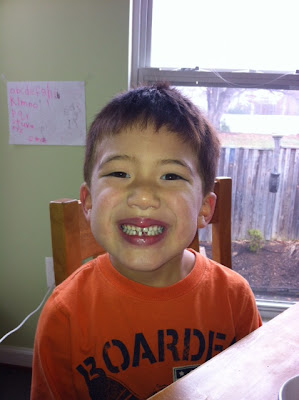 So glad everything is going well for Bob, which means it is better for you too :-} Love the pics of your grandkids!

Thank you, Dody. Yes, we are both better. Bob is making more and more progress everyday.

Aren't those children (my brother's grandkids) adorable? We visited them while we were in the DC area and when I met with you. They keep asking us to come back. Soon I hope.