Life in the South Pacific

Our family lived in the South Pacific on a military base called Kwajalein in the Marshall Islands from January 1977 until September 1978. Paul was five and Ben two and a half when we arrived. Paul absolutely loved it there while Ben hardly has any memory of it. Paul attended Kindergarten and first grade on the island. Ben couldn’t attend the nursery school until he turned three so I took him to a baby sitter for an hour or so every day until he was old enough to go to school. He had some little friends to play with, and I learned how to hit a tennis ball.
Bob managed a software test program, and although I never had a paying job there, I did some volunteer activities. However, I used to get up early every morning and write. In fact, my Kwaj journal entries turned into an article that was published in our company magazine after our return.
We also traveled into Micronesia twice to Ponape, Yap, Palau and Guam, and we stayed in Hawaii on the way there and on the way home.
You can probably see how happy Paul was from the photos. 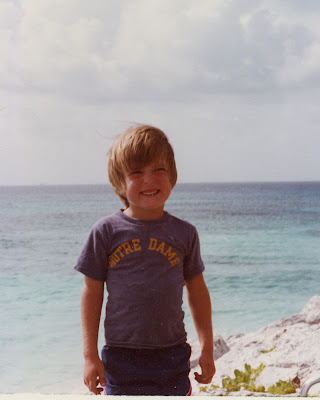 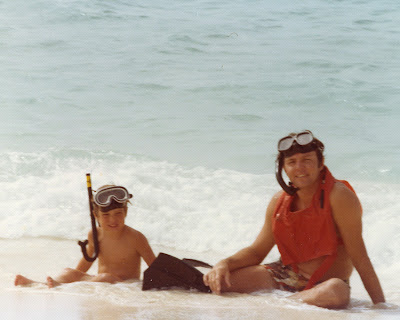 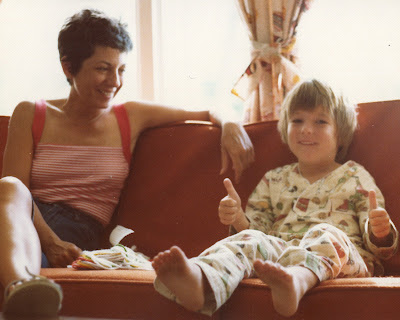 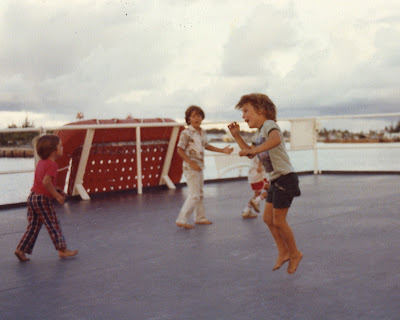 Playing with friends on a sunset barge ride 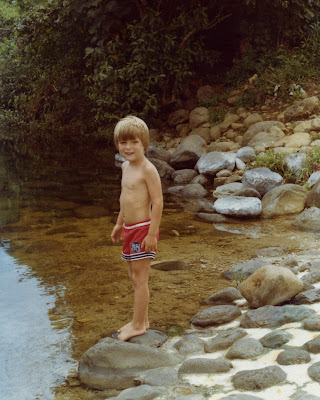 On the shore in Ponape 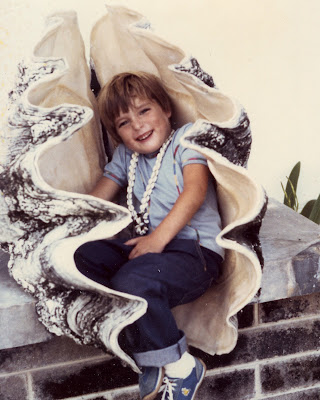 What a lovely eighteen months or so that must have been for you as a family. Have a good Christmas and I look forward to following you in 2012.