As it gets closer to the anniversary of Paul's death day, my dreams about him become more vivid. It's happened like this for twelve years. I also think about all the things he's missed in all that time. Here are a few poems on those subjects written in years past and photos in his memory.

I used to think when I dreamed about him
He was near. That if I reached out far enough
I could touch him. That if I looked hard enough
I could see him.  Last night
The tears streaming out of his eyes
Were so real I could taste them
And I knew
They were mine. 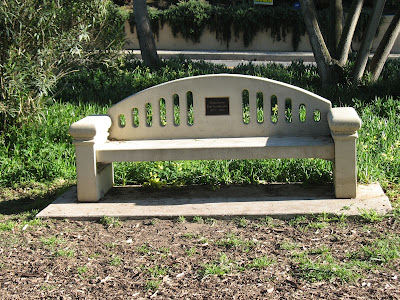 Paul's Bench
September 23, 2002
The phone rang once
Startling me awake
From a deep sleep
I jumped out of bed to answer it
Knocking over the Waterford
Crystal perfume bottle
On the way.
And to naught –
There was no one on the line.
I looked over at the clock
Only 5 a.m. but I was up for
This day, September 23, 2002,
The third anniversary of Paul’s death
A day that I dreaded for so long
And all I could think
Paul was calling to check in
Letting us know he was still around
Somewhere, And somehow
That one ring was a comfort rather
Than a wake up call.
The Wishing Dream

I startled and opened my eyes
Wide in disbelief
There was Paul
Standing by my bed
Calm, quiet, his lips turned up in
The little smile I remembered so well.
I reached up to touch him
His pale skin was cool, dry and very real,
Very much alive.
Mom, I’m back, I’ve come back
I really didn’t mean to leave forever
Two years ago.
And as he spoke the tears began
Pouring from my eyes
I was crying for all the days
I’d missed him, mourned him, looked for him
How I scoured the faces of all the
Young men who passed by.
The ones with short blonde hair,
Beautiful blue eyes
Fringed in black lashes
How I listened for his music
Every time I heard a jazz piano tune
In a bar, on the radio, on a CD
How I remembered him everywhere I went
Under the pier in Manhattan Beach
On the wide red-tile stoop outside Starbucks
In a dingy piano bar on Avenue A in New York’s lower East side
In the kitchen chomping on a handful of almonds
In his room where his jazz records still stand
In neat ordered rows on the shelf.
I got up and went to him
Giving him a welcoming hug
Never wanting to let him go again.
September 29, 2001 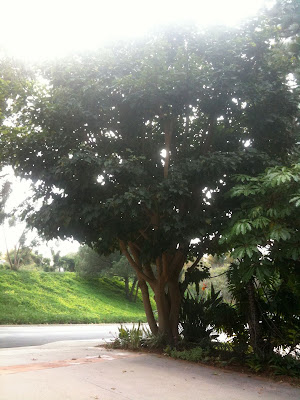 Dear Madeline. Thank you so much for sharing these thoughts. I am sure there are times when the words can never truly describe the emotions which sit behind them - however, they convey such a powerful message of your love for Paul. Tears of sadness and joy can sometimes be indistinguishable. Memories are often the source of both. May you and your family be enveloped by all that is good and of comfort at this time. Jeff.

Dear Jeff, I so much appreciate your caring words. Thanks for coming by Choices.
Best, Madeline