I met Chanel last May at a poetry workshop led by Richard Jones. I was immediately taken by the poem she wrote during the workshop and that we have something in common - we each have lost a son. Chanel's grief for six and a half-year-old Riley who died from the rare disease Arteriovenous malformations (AVM)* is still new. And her beautiful poetry shares that grief with her readers. Here is Chanel's story, reminiscent of friends of mine who left after my son died.
My Friend From Another Life

She sits across from me, wearing a purple sundress, her dark hair relaxed around her face.

“You look really great,” she says, her voice thick with surprise, her eyes approving as they scan me from head to coral painted toenails. It’s not what she’s said, but what she’s left out, “compared to a year ago,” the last time we had lunch together at this restaurant, shortly after Riley died.

She scooted away after that, one email at a time. First, “If you ever need to talk, call me,” then radio silence for two months. Then lunch plans initiated by me and canceled by her. One after another, with each excuse making less sense.  Then, an email from me asking how she was doing, because I hadn’t seen her in so long. “I’ve never been happier. My life has never been better,” she replied. I couldn’t help filling in the blanks… since your son died and you are not in my life. Then, the kicker email. The one where she asked if I was lighter these days. I couldn’t respond. How could I tell her that I didn’t want to be lighter? That without the weight of grief, I’d be nothing, and so would Riley—how could I say I wear my dead son proudly like a pregnant belly? I want to ask her if she’d be lighter without her daughter.

We trade awkward pauses and polite questions. I’m distracted by the bugs that accompany the creek-side view. Two land in my tea, one in my water. She notices and comments there are none in hers, says I manifest them. I think about trying to manifest them in my house. I wonder if she thinks I manifested my son’s AVM, his brain hemorrhage and his death. I wonder where the line gets drawn in this whole manifestation thing. I wonder why we are having lunch. Closure or starting over? Her guilt or my curiosity? Nostalgia for a time when two women became friends over pre-school chauffeuring because it was easy? A time when conversation flowed lightly. A time when both our children were alive and we had that in common.

I also want to share one of her lovely poems. It won first place at the first annual Write Place At the Write Time poetry contest, judged by one of my poetry teachers, Ellen Bass. 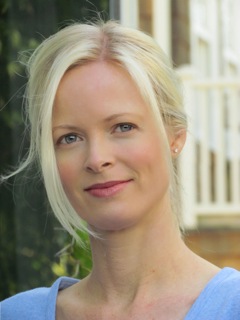 Chanel Brenner is a writer living in Los Angeles with her husband and their five-year-old son. She is the winner of the First Annual Write Place At the Write Time poetry contest, judged by Ellen Bass, for her poem, “July 28th,  2012.” Her work has been published in Cultural Weekly, Foliate Oak, Forge, Memoirs Ink, Sanskrit, The Coachella Review, The Poetry Juice Bar and The Write Place At the Write Time. She also won a nationwide contest for her poem “What Would Wislawa Szymborska Do?” and, as a result, it was displayed at the James Whitcomb Riley museum in Indianapolis, Indiana.

Chanel studies with the poet Jack Grapes and is a member of his L.A. Poets & Writers Collective. She has written a collection of poems and essays about the death of her six-year-old son, Riley, called The Christmas Boy Will Not Disappear.  It was written during the first two years of grief. Her hope is that her writing will help others heal and realize they are not alone in their pain.

*AVMs are defects of the circulatory system that are generally believed to arise during embryonic or fetal development or soon after birth. Although AVMs can develop in many different sites, those located in the brain or spinal cord can have especially widespread effects on the body.

Beautiful piece, Chanel, and a great study of humans as flawed and closed to the grief of others.I'm lifted by you and your work. Keep it coming.

Thank you again, Chanel, for writing such beautiful sentiments here and for sharing your winning poem. Sending you much love.

He would have been
eight.
Instead of dead.