Introducing Karen Levy and her new book, My Father's Gardens

Karen Levy's book, My Father's Gardens, was released last April to rave reviews. I'm pleased to introduce her and her book to you. 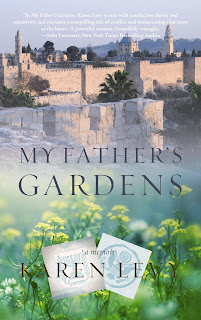 My Father’s Gardens is the story of a young girl who comes of age in two languages, and on two shores, between warring parents and rules that change depending on the landscape and the proximity of her mother. Struggling to find her voice and her place in the world as a result of her frequent travels between her native Israel and the United States, she feels that she must choose a place to call home. As her scenery alternates between warm Mediterranean and snow capped mountains, loud-mouthed Israelis and polite Americans, so do her loyalties: Is she more Israeli or American? How will she know when she has arrived? And while she chooses she is slowly transplanting bits of her father’s gardens on foreign soil.
This story will appeal to young adults, people with duel citizenships, those who live in dysfunctional families, and those who are travelers at heart.
Here's some wonderful advanced praise about My Father's Gardens.
“In My Father’s Gardens, Karen Levy writes with a seductive clarity and sensitivity, and recounts a compelling tale of conflict and homecoming that tears at the heart. A powerful memoir, beautifully wrought."
John Lescroart, New York Times Bestselling Author

“Karen Levy has written a passionate memoir about divided homes and alliances. My Father’s Gardens meditates upon the complexities and often sorrows of belonging to two worlds, two voices and two souls. With a deep lyricism and sensibility, Karen Levy brings us a bit closer to the meaning of conflictive identities of those who belong everywhere and nowhere. This book is an extraordinary memoir where exile and homecomings are woven with the magic of an exceptional artist.”
Marjorie Agosin, author of Always from Somewhere Else: A Memoir of My Chilean Jewish Father and A Cross and a Star: Memoirs of a Jewish Girl in Chile

“Beautifully evocative! Levy draws us into the perplexity of living with one foot on either side of the globe, torn between two countries, each with their own clutches and confusing loyalties. Written in prose that is vivid, lyrical and tangible, Levy imaginatively brings to life the rambunctious, lively culture of the land of her roots, depicting it in a way which places the reader in the midst of a colorful Israeli street scene. Both rich and eloquent, Levy is a writer of impressive talent. You can open this book anywhere and find writing to make you envious. A story skillfully rendered.”
Leila Summers, author of It Rains In February

“Written in cinematic short takes that sometimes stretch out and then retreat again, this book gripped me in its first pages and never let me go. Even finished, I wanted to return and begin again.”
Florence Howe, author and founding publisher of The Feminist Press 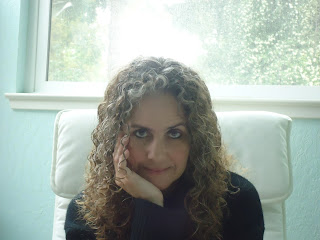 Karen Levy is an Israeli-American writer. Born in Israel, Levy spent most of her childhood traveling between her native land and the United States. Commuting between these two countries and having a keen eye for detail have afforded Levy the knowledge necessary to recount the immigrant experience in a very candid style. Following her military service, Levy pursued her studies in the United States where she earned a B.A. in Comparative Literature from the University of California at Davis, and an M.A. in English/Creative Writing from Sacramento State University where she teaches composition and interpretation of literature. Her work has appeared in Welter Magazine, So to Speak, the Blue Moon and The Meadow. She lives in Davis, California with her husband and two children.
Posted by madeline40 at 6:00 AM