A couple of stories from Storylane

I’m sorry to say Jonathan Gheller has closed down his Storylane site. It was a good place to post and share stories and to get a little feedback. Plus there were always a lot of great prompts to choose from. However, upon its demise, Jonathan generously sent me back the several stories I’ve posted, and now I can share them here. I’ll start with a couple. Please let me know if you like them, and if so, I’ll share a few more. I’ll also share my latest Buddha picture. I love it. 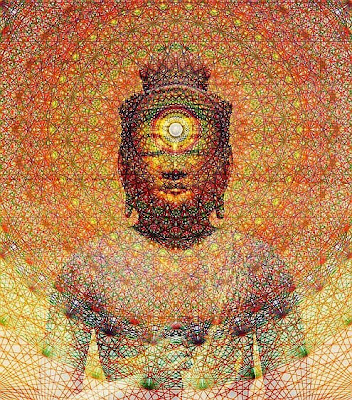 How I Got My First Job Out of College
I graduated from UCLA with a degree in English and had no idea what I would do professionally with it. I had wanted to work as a journalist and actually completed all the course work for a degree in journalism at the University of Wisconsin. But family illness caused me to transfer to UCLA for my senior year, and UCLA didn’t offer a BA degree in journalism.

So I was stuck in a city I didn’t know and where I hardly knew anyone. I tried valiantly and unsuccessfully early on to get a writing job and then gave up. It was 1962. Not a lot of jobs for women writers in those days, especially in Los Angeles.

Then someone suggested I try the growing aerospace business in southern California.

And I did. I called Douglas Aircraft Company – the precursor of McDonnell Douglas and now Boeing – and asked the man who took my call if he ever hired anyone with a degree in English. And he immediately said yes, come right over. After a brief interview I was hired as a technical editor, working on users manuals for a spacecraft project.

I’d like to say this story had a happy ending, but it didn’t. The contract was cancelled – not unusual in that business – and I was laid off after three months.

However, that job kicked off my career of almost thirty years working as a technical writer and editor and a proposal manager in the aerospace business. Only later in life did I start to pursue the career of my dreams – journalistic and creative writing.

Some of My Favorite Toys Growing Up

Growing up I loved to play with cutout dolls. I had dozens of them. One even had a photo of my face on it. Dressing the dolls up later evolved into my love for drawing and designing clothes and shoes. My girlfriends and I would sit for hours drawing very high-heeled shoes. I like to think that Christian Louboutin got his design prowess from us.

I also loved a large mama-doll my grandmother gave me. If I sat her up she would say, “mama” and open her big blue eyes. I still have that doll in its original clothes. Another toy I still have is the stuffed dog made out of real fur that my father gave me. I haven't looked it for a long time. I'm afraid to see how mangy it looks by now. My doll collection also included a set tiny storybook dolls, but I wasn’t allowed to play with them. I had them on display on shelves in my bedroom.

Girls back in the day when I was growing up didn’t play sports very much. I liked to swim and ride my bike. I also loved to play jump rope, jacks, and the One, Two, Three O’Leary ball game. I only started playing team sports in middle school.