Progress of a novel

I’m going to change course a little bit here and share about the novel I’ve been working on. Needless to say it’s a work in progress, but I’m intent on finishing it next year. The Q&A came from The Next Big Thing, an UK online publicity campaign for authors. However, the group of us here, ready and willing to participate in this blog-o-rama, had to back out because of lack of author interest. At least it got me revved up to work on my novel again, so that’s a good thing.

What is the working title of your book?
Papa’s Shoes. But this is really, really a working title. I worry this title will give the impression that this is a children’s book. The father in this story is a shoemaker, and in the end he agrees to make his daughter’s wedding shoes. Please tell me your thoughts. 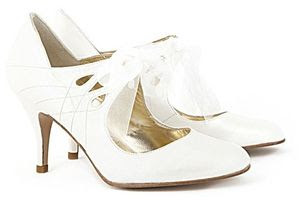 Where did the idea come from for the book?
I got the idea while my husband was working on our family history. My aunt, my father’s sister, had written some stories about her early life, and some of these stories became part of the history. In one story she told about a young teacher at her high school who took a fancy to her. He took her to school plays and concerts. It was all on the up and up until her brother (my father) decided to put a stop to it. He didn’t want her to get involved with someone who wasn’t Jewish. As a result he got his family to move to Chicago from the small town where they lived so his sister would have a chance to meet a nice Jewish man. What peaked my interest the most was that she wrote about a page about this man and their dates and that she remembered his name. It made me think she really loved this man. So I thought, why not write her story and have her go back to the small town and marry him?

What genre does your book fall under?
Historical fiction. Though I’m not sure yet if this also fits into Young Adult

Which actors would you choose to play your characters in a movie rendition?
There would be four main characters:
Papa: A Dustin Hoffman type of character
Mama: Judy Dench – someone who could easily play a nasty and unhappy woman
Daughter: Ellen Page, Emily Blunt, or Maya Rudolph
Her love interest: Of course, my actor son, Ben Sharples

What is the one-sentence synopsis of your book?
Papa’s Shoes is the story of a family immigrating to America in the early 1900s and a daughter’s coming of age in the 1920s in downstate Illinois and Chicago.

Will your book be self-published or represented by an agency?
My preference would be to have it represented by an agency, but I haven’t begun the query process yet. I’m going to the Writer’s Digest West Conference at the end of this month and plan to pitch it in a Pitch Slam session. Wow, the idea of doing that really makes me nervous!

How long did it take you to write the first draft of your manuscript?
I’ve worked on this book in fits and starts because of the writing and marking work required by my memoir. I started Papa’s Shoes at a workshop in early February 2010. It is on hold right now although I plan to get back to it after the first of the year. I’d say the first draft is nearly complete. I have over 91,000 words with something written for every scene. It just needs some fleshing out and a major edit.

What other books would you compare this story to within your genre?
I don’t have enough data to comment on this now. However, in looking up girls coming of age books on Amazon I came across this non-fiction book: Jewish Girls Coming of Age in America, 1860-1920 by Melissa Klapper (2005), that might be a useful resource as I put in the finishing touches to my book.

Who or what inspired you to write this book?
I felt very encouraged after I tested this story out at my first novel workshop. I had little experience writing fiction, but I felt energized to stretch my writing capabilities after hearing great comments about the scenes I wrote in the class.

What else about your book might pique the reader’s interest?
There’s a lot going on in this book – life in a Polish stetl, early 19th century Chicago and Illinois, a woman’s role in society at that time, religious prejudice, interfaith marriage, and a feisty mother-daughter relationship.