I’ve been surrounded by family feuds almost all my life. My father never spoke to two of his brother-in-laws, and he refused to talk about it or respond to my mother’s pleas to make amends with his enemies. There were reasons, there were always reasons, mostly having to do with money and business. These family feuds caused a lot of strain and crying in our family. My mother had to see her brothers and their families on her own, and that wasn’t easy in the 1950s and 1960s when she couldn’t even drive a car. Sometimes my dad would drive her to see them and sit outside with a tightly shut mouth and his arms tightly folded across his chest until she was through visiting.

Later on in my generation, my brother’s wife decided she didn’t want to speak to me for while. I never knew why, and thankfully we’ve kissed and made up. She also stopped speaking to her sister for a time as well. My brother didn’t speak to his brother-in-law either.

I never could understand that kind of behavior. We’re on this planet for too short a time. These people must not get that, or they think maybe they’ll get a second chance to be real human beings. But I know that’s not true. My favorite uncle died when I was nine and as much as I daydreamed about him coming back, of course he never did. After the death of my son, I tried magical thinking again, but as we all know, it doesn’t work.

With all the fragility of life, I wonder why people are so mean to each other. We’re here once, so it’s important to make a real effort to get along – especially with family.

Thankfully my sister and I both feel the same way. She is my baby sister, nine years younger than I. However, we are very close. 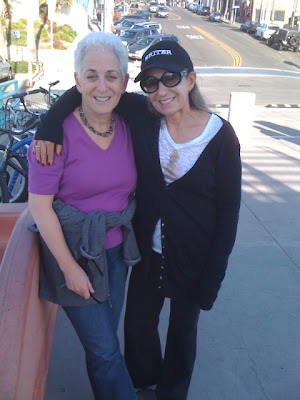 My baby sister Sheila and me

We've talked about the family feuds, and we made a pact several years ago that we’ll always be there for each other no matter what – unimaginable good or bad – things happen. We will always be together as sisters.  The thought of never speaking with each other again appalls us.

Speaking, sharing, loving, visiting, hugging, caring for each other if needed – that’s what being sisters is all about. 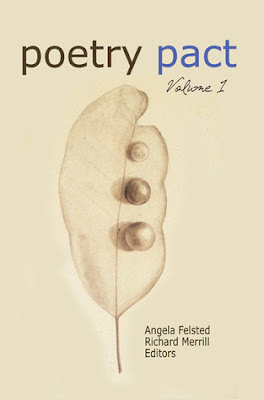 It's great to have an ally when the rest of the family seems intent on fighting.

I'm closest to my oldest brother's family, and we're 19 years apart. Similar outlooks on life are more important than age.

So sweet to see sisters truly there for each other, it is far too rare. <3

Thanks, Laurel and bru. Yes, it is wonderful to be close to my sister. And she really is an ally. xoxo

So touching, Madeline. I agree with you about family feuds. They are painful. And you are so lucky to have that kind of relationship with your sister!

Thanks, Angela. Yes, we are very lucky to have each other. It's so important to me.

I wish I knew why people were mean to each other. Why is that a satisfying thing to feel, cruelty? I don't get it.

I know, Lydia. I don't get it either. Perhaps it is cruelty or just ignorance of what is really important in life. Thanks for your comments. xo

I love your sister pact! My dad's side of our family has had a few family feuds with silent treatments . . . it became part of the reason we spent so many holidays with my mom's family. My mom's family didn't always get along, but they kept sticking with each other, and that's important.

Thanks, Tyrean. It's amazing how many people relate to this. Good for your mom's family. I had it on both sides.

I LOVED this entry! Struck home for me. My brother and I are the same way. We'll talk to and love each other no matter what which is really something in a family that fights a lot or is abusive. I'm so glad that you guys have each other!