I took a break over the weekend and caught up today with my two April challenges.
The Platform Challenge Days 5 through 8:
Day 5. Create a blog – since you’re reading this you know I already have a blog. I also post at several other blog sites you might not know about:
http://redroom.com/member/madeline-sharples/blog/  - Red Room blog
http://www.naturallysavvy.com/savvy-over-60 - Naturally Savvy Over 60 blog
http://www.psychalive.org/index.php?s=madeline+sharples&image.x=15&image.y=7 - PsychAlive blog
http://tlswriters.wordpress.com/ - The Last Sunday Writer's  group blog
Day 6. Comment on a blog: Robert LeeBrewer posted a few possible ways to respond (and he suggested linking back to our own blogs). I think these are great suggestions. I just need to learn to follow them:
Share your own experience. If you've experienced something similar to what's covered in the post, share your own story. You don't have to write a book or anything, but maybe a paragraph or two.
Add another perspective. Maybe the post was great, but there's another angle that should be considered. Don't be afraid to point that angle out.
Ask a question. A great post usually will prompt new thoughts and ideas--and questions. Ask them.
Day 7. Add share buttons to your blog by going to the Add This website:
Day 8. Create a LinkedIn profile.
The only thing I hadn’t already accomplished was to add share buttons on my blog. I already have them at the bottom of my posts supplied by blogger, but I added some at the top – bigger and hopefully more conducive to sharing. Now, I’d like to know how to get rid of the ones below the post.
The Poem a Day Challenge
And I wrote three poems (drafts of course) today to catch up with the poem a day challenge. Here’s the list of prompts I’ve received from Robert Lee Brewer so far. I’ve also included a couple of the draft poems I’ve written in response.
Day 1. Write a communication poem
Day 2. Write a visitor poem
Day 3. Write an apology poem, or…Write an unapologetic poem
Day 4. Take the phrase, “100% (blank);” replace the blank with a new word or phrase; make the new phrase the title of your poem; and then, write your poem
Day 5. Write a poem about something before your time Here’s mine:
Woody Allen’s “Midnight in Paris”
brought back a world before my time
and people that I would kill
to have known: Hemmingway,
Stein, Fitzgerald
Porter, Baker,
Picasso, Man Ray, Dali
all in the raucous 1920s.
And for a little more romantic and quiet
view he brought us even further back
to the 1980s Belle Epoque
and the artistic worlds of
Toulouse-Lautrec, Gaugin, Degas.
If I can’t be as lucky as Gil
to go back in time,
Woody’s homage to the creativity,
beauty and romance
of the City of Lights long past
will have to do.
Day 6. Write a hiding poem. Here’s mine:
They kept the real words
hidden away for years.
How could anyone in this family
have a mental illness?
Instead, they’d say:
She had a nervous breakdown
He was just a little depressed
She is having a little crying jag
anything instead of saying
those stigmatized words.
Well, the truth finally came to light
where it should have been all along.
Don’t keep it hidden.
Talk, write about it
often. Perhaps then we can
save some lives. 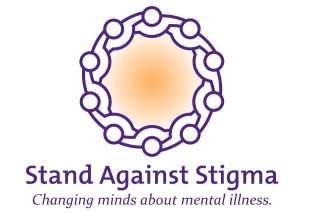 Day 7. Write a poem describing a scene in which two or more people interact without speaking.
Day 8. Write a rejected poem.
If anyone cares to take these prompts and write to them, please do. And please post them in my comments.
Posted by madeline40 at 3:48 PM