I just came back from a retirement party for Gibby Gilbert, a graphic artist whom I had worked with for years at Northrop Grumman. He is a true character. He always did a great job even though he complained a lot and worried that we’d never get our work done on time for our proposal deadline. He was an incredible asset to any proposal he worked. And when he wasn’t very busy he would walk up and down the halls, and if he had any news or gossip, he always stop by my office to clue me in. He also bought old logo shirts at thrift shops and wore a different one every day. At holiday time, his shirt was always very appropriate. So today we were asked to wear a logo shirt or a Hawaiian shirt, his second favorite kind of attire, in his honor. (I wore a bowling shirt I bought to wear to a fifties bowling party a few years ago - the team logo is on the back and the name of the bowler, Frank, is on the front.)
Gibby says now that he’s retiring he’s going to give them all back to the thrift shops – I think that’s a great idea. He must have thousands.
It is always great to see my former colleagues. I’ve been gone from the Proposal Operations department since the end of April 2010, though I never mind coming back in the building for an occasion such as today’s or to meet some of the folks I used to work with for lunch. And I must say, a lot of them supported me and bought my memoir, Leaving the Hall Light On, when I had my book launch.
One of the people I mentored when he first hired into our proposal department came up to me today and said he finally finished my book. He said he couldn’t read it very fast, but now after almost six months he’s done it. And he was happy to tell me the thing that impressed him the most about my book was that he could understand the poems. Since he never was very much into reading poetry of any kind, he now says he’ll look for more books formatted as mine is – a little text, a poem, a little more text, a poem, etc. And I had worried so much about adding poems into my manuscript at all. Fortunately I did. So many people have told me how much the poems I chose to include in the manuscript have enhanced the message of my book, that it makes the writing seem more real and heartfelt.
So, for today, I’m going to post a poem from my book - the poem my former colleague says made him laugh out loud as he was reading. And even if you haven’t read the book yet, I think you’ll be able to understand it.
“You're prickly,” my husband said.
hard to get along with,
and snappish.”
I just stood there, surprised.
“I'm sorry for being prickly,”
was all I could think of to say.
I am never so blunt
when critical of him.
He would retort as he's done
so many times before,
“I guess I'm just not good enough.
You should just find someone else,”
he'd say. And, of course,
I would quickly shut up,
I wonder what prickly means.
Do I hurt to the touch
like little pin pricks?
Do cacti envy my prowess?
Do the cats that roam the streets
and sleep under cars hiss
and scatter when they see me coming?
Do the few stars
that burn through the haze
look down at me in wonder? 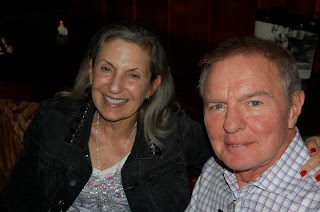