Guest blog from The Sundance Kidd 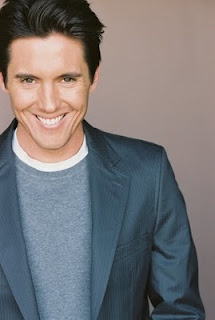 My friend and fellow blogger posted the following on her blog. It's about my son, Ben, and his film project, Breaking Evans. So you see there's more than one writer in the family -- however, he's a producer, director, and actor as well. But, I'll let The Sundance Kidd do all the bragging. You can read The Sundance Kidd blog at: http://sundancekidd.blogspot.com/

Breaking Evans
I recently had the opportunity to interview actor turned writer/producer Ben Sharples about his new film Breaking Evans. Breaking Evans, the up and coming indie-drama, takes you into the life of struggling tennis player Aaron Evans. Aaron returns home, after years of avoidance, to visit his ailing father. Coming home forces Aaron to confront his past, which may be the only way to save his failing tennis career. But is it too late?
While attending the University of California Berkeley, where Ben played on the tennis team, he took an acting class, a decision that forever changed Ben's life. He caught the "bug" and from that moment on, knew he wanted to be an actor. Ben, inspired by his new found love of acting, continued taking acting classes through his senior year at UC Berkeley. After graduating from UC Berkeley, Ben applied to acting school, and was accepted into the prestigious ACT in San Francisco.
Ben decided to combine his two passions, film and tennis, into a film, that explores the abusive side of a parent-child relationship that he always found so interesting while watching other tennis players and their parents. The film itself branched from an idea Ben had for a music video to the song Blurry by Puddle of Mudd, but after discussing his idea with friends, he realized that it was heading in the direction of a feature length.
Trying on the shoes of a writer and producer has been a new experience for Ben, who spends most of his time in front of the camera. I asked Ben about the new roles he has taken on for his film.
"Do you enjoy being the actor, the producer, and the writer? Or does that make the film more challenging?"
"Yes, I very much enjoy it, and yes it does make it more challenging. Producing is fun, I really like it. You have intense responsibility because your hands are in everything. I like writing the least. It takes a longtime and is not enjoyable during the process, but after you finish, it feels like a great accomplishment. Acting is my favorite, I love it. A high, exhilarating feeling comes from acting, that makes you feel like you can do anything."
Breaking Evans is currently in production, and is guaranteed to make its way into the hearts of indie film lovers and tennis lovers across the globe. A movie that can present issues that everyone can relate to, is a winner, and that is exactly what Breaking Evans does.
What advice can you give to aspiring filmmakers?
"Get your friends together and make a movie. Make sure you have a strong script- take the time and be okay with edits because a good script is the most important thing. Also, be sure you make the movie you want to make. Don't steer into other directions."
Links for Breaking Evans:
- Follow Breaking Evans on Twitter http://twitter.com/BreakingEvans
- Sign-up for monthly updates on Breaking Evans http://www.breakingevans.com/
- Become a fan of Breaking Evans on Facebook http://www.facebook.com/pages/Breaking-Evans/116350741722286?ref=ts
Stay tuned for more news and special interviews about Breaking Evans!
Posted by madeline40 at 12:43 PM