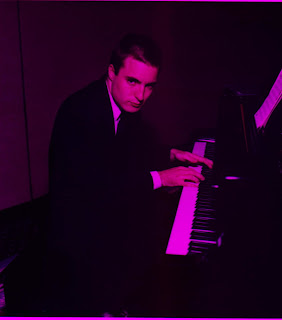 Paul had his first mental break in March of 1993 while he was in his senior year at the New School in NYC. After an unsuccessful attempt to get him home and hospitalized, we went to New York to get him in treatment there. We encountered a huge snow storm almost as soon as we got there, but that storm was small compared to what Paul's breakdown meant to him and our family.

It is mid March, 1993,
and a bitter blizzard blows in.
Some predict
the century’s biggest.

Flakes of snow swirl in gusts to the sidewalk.
Cold slaps our cheeks
pushes through our clothes
as we cling to each other,
walk through the cavern
at the feet of New York's skyscrapers.
The sirens set our teeth chattering
as impatient cabbies honk,
inch their way up the streets.

Yet, we trudge forward
uncertain of what
we will discover when we arrive.
A more foreboding blizzard, perhaps,
blows through our boy’s broken brain.
Posted by madeline40 at 12:49 PM