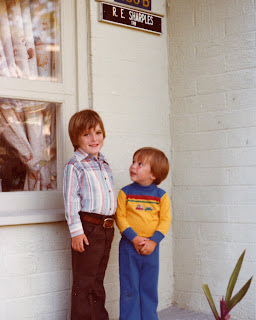 We saw “Recount” on HBO last night. A brilliant and well-researched script written by one of Ben’s friends from middle school, Danny Strong. I just loved the way Laura Dern portrayed Katherine Harris, who by the way still thinks she did what was lawful and just. And, even though we knew how it all turned out, there was still a strong sense of suspense about the outcome. It made me incensed as I was back in 2000 at the Republican’s shady dealings and their accusations that the Democrats were trying to steal the election. Of course when all was said and done, we knew who really stole that election – only Al Gore was too much of a nice guy to fight anymore. The lesson is that we must, like Hillary keeps saying, allow every vote to be counted now.

I’ve also been madly reading the book “Madness,” written by someone with bipolar disease. I think the writing is a little over the top in its attempt to portray how she really felt and acted while she was manic and depressed, but it certainly gets the point across. The bottom line is there is still no one medication for controlling this disease and there is still not enough money for research to develop one. At least we’re beyond the lobotomies of the 30s and electro shock treatments, and we’re working very hard at erasing the stigma of mental illness. There is actually a Mad pride movement going on. It’s great that more and more people are coming out and admitting they are mentally ill – or mad, as they say. My Paul never would admit it and hardly ever talked about it. This is definitely such a yeasty time for finding out more about bipolar and treating it that it’s hard for me to hold myself back from saying, “whoa is me, why didn’t they know then what they know now?” But, I know, I’ll never get over that feeling. I keep thinking about making a list of all that’s he’s missed, but I know how really futile that is – there will only be more and more to add. Just the changes in electronic technology alone would blow his mind. (No pun intended.)

Above is my favorite photo of Paul and Ben, taken in the mid seventies when we were living on the Marshall Island, Kwajalein.
Posted by madeline40 at 1:33 PM

I saw "Recount" last night too and I was totally blown away! One of the things that struck me was how little people seemed to know what was going on outside of those in Florida. I remember all the jokes about hanging chad and Katherine Harris' make-up, but little else really. It's disappointing to remember the spin more than the reality especially in light of what was to come.