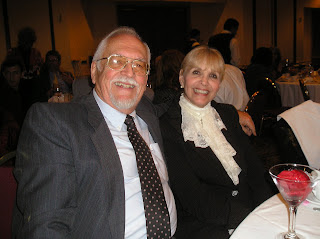 I must comment on a friend I've known for over 30 years. After the age of 60 – maybe even after the age of 70 – he’s found the love of his life. He wrote: “Every day just brings us to new heights of love and friendship. We never cease to be amazed at each new discovery of how we share beliefs and likes in every area of life...”

Just look at how happy he looks even after all he’s been through. He too lost a young son, and very soon afterward his wife became ill with cancer and died. Like two of my other friends, she too couldn’t survive the loss of a child. I’ll never forget her at her son’s funeral. She spoke so bravely and eloquently and seemed so strong that day. There was no way I could have done that. I thought she would be okay, but I was wrong.

But, all that is in the past. He is moving on and marrying his new love in October.