So about the big read. (See my February 11 blog post about this process.) I’m about two thirds through, and it’s easy to tell my novel in progress needs a lot of work. In fact, in the words of Anne Lamott in her wonderful book on writing Bird by Bird, it’s a "shitty first draft." I just don’t know if I’m clever enough to give it what it needs to turn it into a "good second draft" and a "terrific third draft" that she predicts will happen. I’m finding little problems like lots of typos, inconsistencies, and redundancies – those I know how to fix. It’s the big problems like creating more interest in the characters and the story that is the major work. I need to describe the characters better; I need to make the story more interesting and suspenseful. In truth I need to figure out a way to make my readers want to turn the page.

This morning I read a LinkedIn conversation about whether to include prologues or not – lots of pros and cons on the subject. So I need to revisit leaving mine in or weaving it into the chapters as backstory. And then my major decision before I move on with any revisions at all is whether to change the narrative from third person to first. So my first step is to rewrite a scene or two to see if I can pull that off as well.

Another thing I came upon this morning is this wonderful quote by William Faulkner: "Get it down. Take chances. It may be bad, but it’s the only way you can do anything really good." 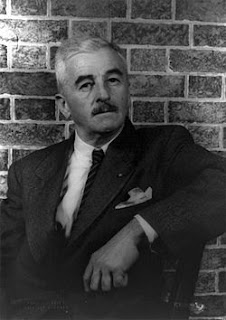 So even though I’ve been thinking in the back of my head about abandoning this project, I’m going to keep on for the time being. Faulkner has given me the push I need.
Posted by madeline40 at 2:57 PM